Tried to start it.

Having to the crankshaft and camshaft in the correct relative positions, I set the static timing as per the Haynes manual (they were much better back in the 1970s) and I tried for a start but even with the help of some Easy Start it wouldn't fire up. All I know is that there's power to the live feed for the coil. I think my next step is to replace the points and condenser.
Posted by Toledo Man at 16:10 No comments:

I've just taken a reading across the battery and it was 12.26 volts. The only thing that's using power 24/7 is the clock so I've disconnected the negative lead. I'll need to put a charger on it soon. I've found out that the distributor is about 90 degrees out. The rotor arm should be pointing to the rearmost inlet manifold bolt when Number 1 cylinder is on the firing stroke.

I've got use of the garage that I've used before so I can work in relative comfort now that summer is behind us.
Posted by Toledo Man at 22:59 No comments:

The new battery was delivered so I fitted it at the soonest opportunity. 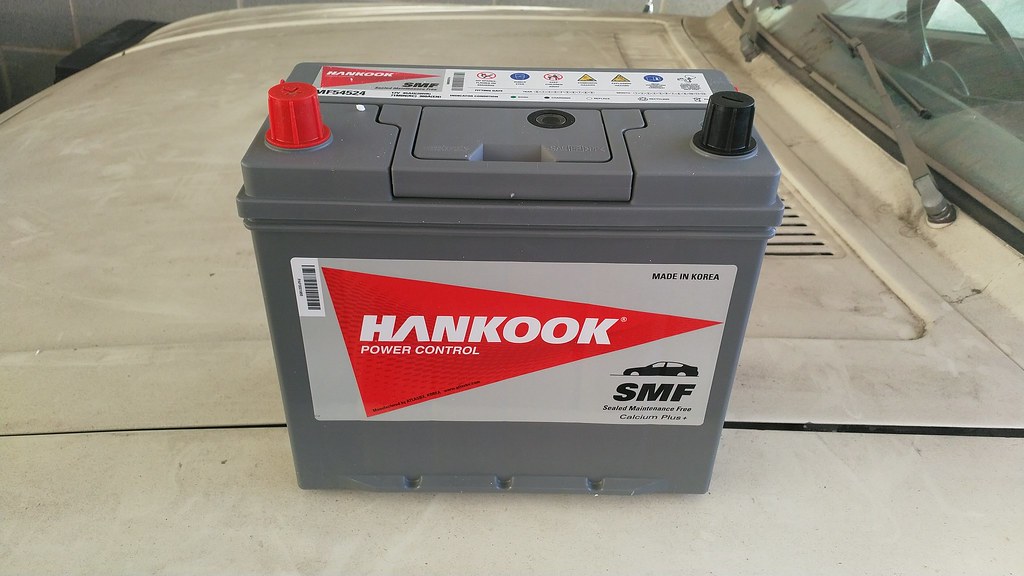 I had to flip the battery clamp 180 degrees to make it fit.

The next thing I needed to do to get the engine running again is to set the static ignition timing. The first thing to do is to get cylinder 1 at TDC on the firing stroke. I had to take the camshaft cover off to make sure that the camshaft was in the right position with both valves closed. With the camshaft cover removed, I decided to clean, paint and lacquer it while it was off the engine. 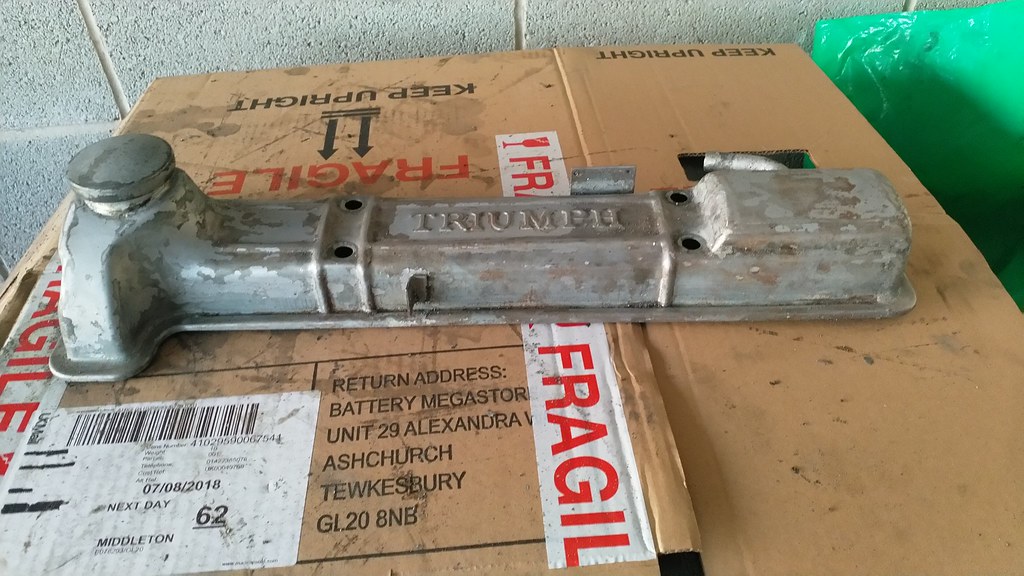 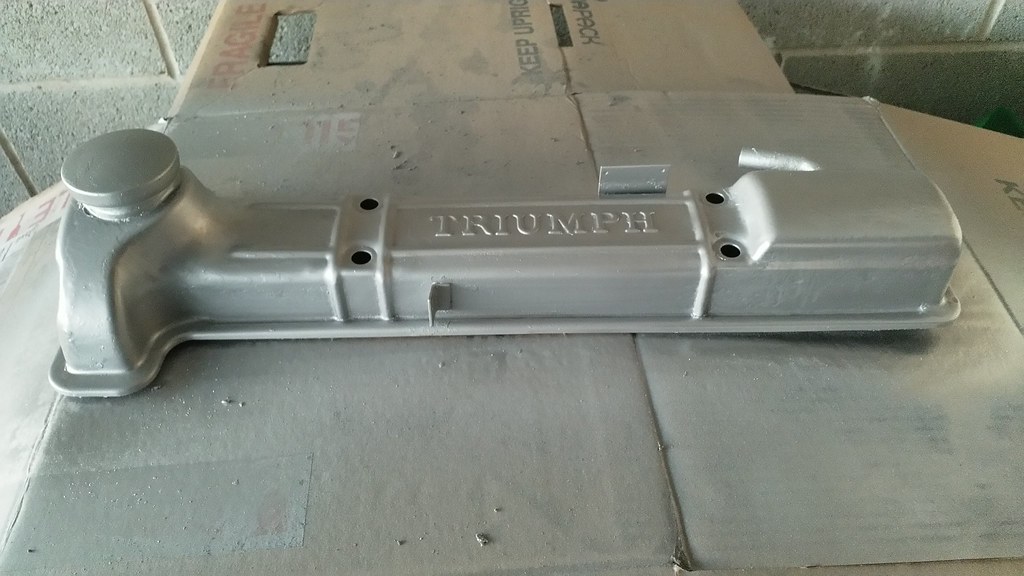 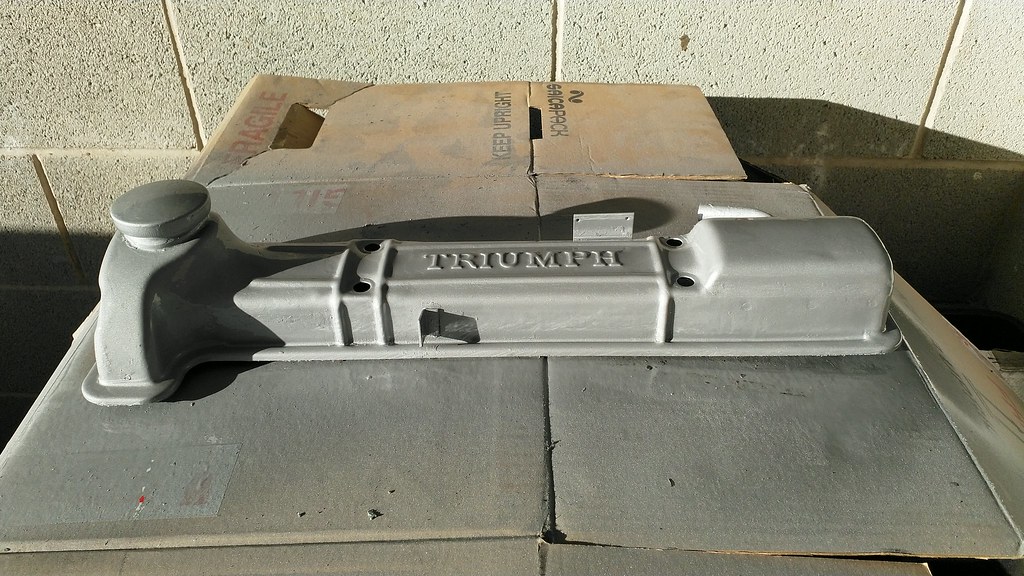 I've also put the charger on the battery to keep it topped up.
Posted by Toledo Man at 18:43 No comments:

I put a multimeter on the battery and it was reading 10.8 volts so the battery is toast. I'll get a new one ordered.

I'd previously checked the lights and the only thing that wasn't working was the hazards. I thought it might've been the switch so I squirted some contact cleaner in. That didn't work so I swapped out the flasher unit for a spare that I had (Dolomites have separate flasher units for the indicators and hazard warning lights) and they started working again.

I gave the interior a clean and it is looking a bit better. More like a car!

I'm going to change the brake fluid so that's another job to add to the list.
Posted by Toledo Man at 20:25 No comments:

Getting it back on the road.

I've decided that I'm going to get the Dolomite back on the road. I've made a list of jobs and got started. When I tried to jack it up I found corrosion in the NSR jacking point. So that's another job to add to the list. 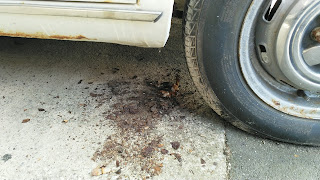 I decided to carry on regardless and got one of the jobs crossed off the list. I've cleaned and freed off the rear brakes. 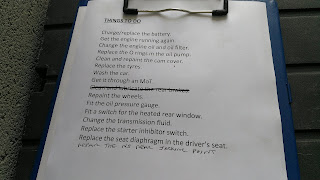 I've been charging the battery regularly and it was due to be done again so I've got it on charge. 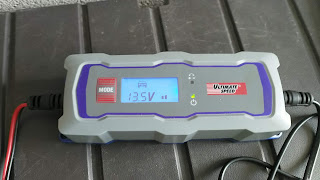 The battery seems to be holding charge but as a precaution I've put it on another overnight charge. I've also bought a Gunsons timing light on eBay.
Posted by Toledo Man at 23:58 No comments:

I've finally got round to fitting the battery that I'd charged a few days ago. It was reading 12.8 volts which is a good sign. I cranked it over and the voltage stayed above 10 volts so there is a chance that I've saved the battery. I've put it back on charge and I'll leave it overnight.
Posted by Toledo Man at 20:52 No comments: